The Dangers of the Medical Industrial Complex by Dr. Mark Hyman

The Dangers of the Medical Industrial Complex by Dr. Mark Hyman 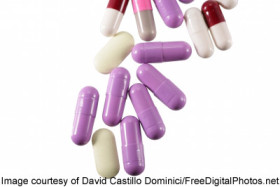 YOUR DOCTORS THINK they make decisions based on medical evidence.

In fact, half of medical evidence is hidden from your doctors. And the half that’s hidden is the half that shows drugs don’t work.

The bad news is that drug companies are not policed by the Food and Drug Administration (FDA) the way they should be. A drug should be proven both effective and safe BEFORE it is prescribed to millions of people.

Sadly, that often isn’t the case.

Let me share with you two recent examples that highlight the dangerous collusion between drug companies and our government agency. They show why the FDA should really stand for “Federal Drug Aid.”

First, we now know that the cholesterol-lowering drug Zetia actually causes harm and leads to faster progression of heart disease DESPITE lowering cholesterol 58 percent when combined with Zocor.

This challenges the belief that high cholesterol causes heart attacks and shakes the $40 billion dollar cholesterol drug industry at its foundation.

Second, it’s come to light that nearly all the negative studies on antidepressants – that’s more than half of all studies on these drugs – were never published, giving a false sense of effectiveness of antidepressants to treat depression.

Don’t get me wrong.

I’m not telling you to blame your doctor.

Instead, blame deceptive scientific practices and industry-protective government polices.  Let’s talk a closer look at these findings and their implications.

I once had a patient who worked in the drug approval division of the FDA. She taught me a very important lesson.

When a drug company designs and performs a study, it has to be registered with the FDA and ALL the results must be submitted to the FDA.  But it doesn’t work that way.

Instead, the pharmaceutical companies ONLY submit the data they want to get published to medical journals.  That means that any negative studies are hidden from the scientific community and from the public.

And when drug studies are sponsored by drug companies – as most are – they find positive outcomes at 4 times the rate of independently funded studies. This is also true for nutrition studies funded by the food industry that show the benefits of dairy or high-fructose corn syrup.

The FDA does not release this information.

Since drug companies fund most of the research in the world, other therapies that work better – such as diet and lifestyle or nutritional therapies – never get enough funding.

That was, it didn’t until 2004 when all the major scientific journals banded together and refused to publish any data from any drug study that did not list the results of all trials, either positive or negative, in a central database. (1)

Sure, the research studies are at least listed, but try to find out the results.  After a few hours searching around on the website clinicaltrials.gov, I gave up.

Last year, Congress passed legislation expanding how much detail must be listed, but at the end of the day, who even looks at that?  Most doctors don’t even have time to read the medical journals they receive. They get tiny bits of information from drug reps, who come to their office with free lunch and a sound bite about their drug.

Now let’s get back to the news about Zetia.  Zetia is a new drug that lowers cholesterol by a different mechanism than statin drugs like Lipitor and Zocor.

Why does this matter?

So then along comes a drug that can be combined with statins to lower cholesterol even more. Great idea?  Not really.

You see, the FDA approved Zetia without any proof that it lowered heart attacks or reduced the progression of heart disease. The drug was approved solely on the basis that it lowered cholesterol.

Yet Zetia was given to 5 million people – and made the drug companies $5 billion a year. That’s almost $14 million a day!  And once Zetia was approved, its makers had no incentive to prove that it actually did what it was thought to do – lower heart attacks.

They dragged their feet doing the studies and then released the negative data (which they did only under pressure from news agencies and Congress) after a long delay.

Wouldn’t you drag your feet too if you were making $14 million a day?

But the FDA had the negative data on Zetia – and it didn’t speak up.  The data that was withheld proved that Zetia did not reduce heart attacks but actually INCREASED fatty plaques in the arteries despite lowering cholesterol.

Let that sink in for a moment.

That turns our whole medical model upside down. It shows us that high cholesterol is NOT a disease and may or may not be related to heart attacks.

Another recent study put another nail in the coffin of the Cholesterol Myth.

A major new cholesterol drug, torcetrapib, was pulled from the pipeline in December 2006 because despite lowering LDL cholesterol and raising HDL cholesterol in 15,000 people, it caused MORE heart attacks and strokes. (3)

This was to be the new cholesterol wonder drug. Oops.

All this points to a big research mess that is flawed in three ways.

First, what gets studied depends on who is funding it.

Since drug companies fund most of the research in the world, other therapies that work better – such as diet and lifestyle or nutritional therapies – never get enough funding.

Second, drug companies are aided by the FDA, which suppresses, hides, and doesn’t publish negative studies on drugs, only positive ones. This leads doctors to think they have all the evidence when they don’t.

Third, doctors, patients, and the media believe they have the whole truth, often until it is too late, like with Zetia or Premarin or Vioxx.

The evidence was there, but no one looked or publicized it.  This makes it very difficult for consumers to get the best treatments for their health and the whole truth about drugs.

Here’s my advice on how to make sense of things.

So take a closer look at the information you’ve been given about drugs. You might be surprised by what you find. Were you aware of the studies I’ve mentioned today?

Which of the steps here do you plan to follow?

What has you experience been with medications compared to lifestyle measures?

To your good health,