Is Feeling Good a Myth?

Is Feeling Good a Myth? 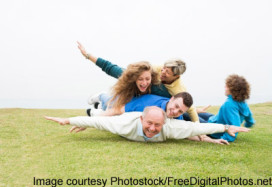 I was reading one of my gazillion magazine articles the other day and came across the following quote:

“The body is continuously poised to resolve afflictions and all of the physiological and emotional imbalances they create.” James Oschman, PhD.

This isn’t new material for me. In fact, it is the cornerstone of my belief system for bodywork. However, assuming the above quote is true and so many of us strive for true health and wellness, then why is it that so many of us don’t feel truly well? Is there some component that millions of us are missing? Is it something we’re doing to ourselves or is something being done to us? Hmmm. I wonder if feeling good a myth? I’ve been turning those questions over in my head for at least thirty years and wondered what others thought.

So, before being seated at a recent dinner party, I quietly posed this question to one or two people:

Do you believe that feeling good is a myth?

As we spoke among ourselves, other guests came together to listen. Each asked, what was going on and each time I posed the same question: Is feeling good a myth? The guests were intrigued by the question and thoughtful before each in turn asked me, “What do you mean? Are you talking about physical health, mental, spiritual or what?”

Being on the receiving end and suddenly finding myself a facilitator, I said, “You tell me?” I listened intently, posed more questions and followed along as something curious happened. The guests began to question themselves and each other. They found themselves attempting to answer for one another and then finally evaluated for themselves the personal meaning of feeling good.  The answers weren’t surprising in and of themselves but what was surprising was the depth that people went to in order to help me understand their points of view.

One woman said she didn’t realize that she felt badly until she read an article in which she identified herself. She knew that life was tough for her but she didn’t realize that there was another way to feel.  Another woman commented, “Are we talking about happiness then? What is happy?” “Its chemical,” someone else concluded. “It’s a state of mind,” said another.

Realizing that even though many of the guests had dealt with or were currently dealing with health issues, it surprised me that the majority of answers they provided had clearly been steered to emotional wellness. “What about physical wellness”, I asked. Some had been sick and recovered. Two had recently had surgical procedures to remove cancer. Someone was dealing with HIV positive status. There was an audible sigh…a release of sorts when we stopped talking.

It was amazing being both a part of the process and also an observer. As dinner continued, the conversation gradually drifted to other subjects and I sat quietly with my thoughts. The responses to the question were inevitably varied because each had his own point of view.  I was quite pleased with the overall response; I certainly didn’t plan it.  In fact, it went over so well that I was even more intrigued than when I began.

What was seemed important was that everyone was drawn in to the conversation because feeling good was a concern. Everyone wanted to hear, to be heard and everyone needed to be validated. Clearly being heard and being validated is one of the keys to health.

Of course, feeling good is highly personal but it’s clear that illness and recovery and even death are a part of all our daily lives. What I want to know is why do so many of us feel badly routinely. Are we doing something to ourselves? Is something being done to us?

At the end of the evening some people came back to me to discuss the original question. I wanted to ask them more concretely about my thoughts but time didn’t allow it. I thought back to what I’d heard. “I think it’s easier to feel good when you’re young,” said a young woman.  “Well, I suppose if you’ve always been sick you wouldn’t know what feeling good feels like.” someone else commented. “Whatever happens, you have to work through it anyway. You have to go on.”

So what is the answer? Well, I’ve had a head start on this line of thinking and I’ve come up with several possibilities but I would really like to hear your thoughts. And if it’s okay, I’ll share your responses with everyone in my next newsletter.

Do you believe that feeling good a myth? Why do so many of us feel badly routinely?  I’ll fill you in on what I’ve discovered in my next issue.

I’ll leave you with this incredible video that truly demonstrates the human spirit.

Your Partner in Health,